The Burnett Mary’s air and climate collectively form a vital natural asset which underpins the health of our community, the environment and our regional economy.  Clean air is often overlooked as a biophysical asset, yet it is one of this region’s unacknowledged treasures. Conversely, the attraction of the region’s favourable climate to “sea and tree changing” immigrants and visitors is well documented and promoted.

A general absence of polluting industries and road traffic concentrations, coupled with favourable regional landscapes swept by dispersive wind flows, are key factors that support the “generally good” standard of regional air quality.  This good standard is further evidenced by the limited extent of continuous air quality monitoring in the region.  Such monitoring is restricted to regulated, point-source activities with licensed pollutant discharges.  Other activities in the region have a dispersed negative impact on air quality.  These include regulated fire management of bushland and crops e.g. cane firing and crop stubble burning, as well as wildfires.

Future projected changes in climate have the capacity to threaten both the quality of the region’s air and the amenity of its climate.  In recent years extreme weather events have occurred.  In 2011 and 2013 devastating and record-breaking floods impacted the region, followed by a 2014 drought that resulted in 79% of Queensland being drought-declared.  There is uncertainty over the causes of these events – weather aberrations or consequences of a warming Earth from rising greenhouse gas2 emissions?  Whatever the cause, it is imperative that the resilience of natural systems and human populations is improved to offset the social, economic and environmental impacts of such events.

Our understanding of the drivers of climate, the long-term pattern of weather in a particular place, is improving.  In Australia the CSIRO, Bureau of Meteorology and researchers collaborate to interpret the output of sophisticated Global Climate Models and project likely climate futures.  Most impacts associated with climate change tend to be subtle.  But some changes are already evident from our short, European recording of Australian climate – a temperature increase of 1⁰C between 1910 and 2013 and an average rate of relative sea-level rise for Australia, between 1966 and 2009, of 1.4 mm/year.  Projected future climate scenarios also include not-so-subtle impacts – hotter days, more often, and extreme drought and rainfall events.  A snapshot of projected local climate futures for the Burnett Mary is presented below.  More detailed climate change projections relating to the Burnett Mary region have been derived from a 2015 report that analyses the output of multiple global climate models, some with specific Australian applications.

Other changes projected with high confidence but less precise forecasts include:

Mapping by the Australian Photo Voltaic Institute shows a high level of uptake3 for domestic and commercial solar systems in the Burnett Mary.  Other initiatives – to convert to non-carbon energy sources or reduce greenhouse gas releases through programs such as methane capture at landfill sites – are being adopted across the region.  Participation in such activities is already established, voluntarily and through Australian Government programs such as the Carbon Farming Initiative and the Emissions Reduction Fund.  Both encourage activities that reduce greenhouse gas emissions and increase carbon sequestration.  Whilst it is difficult to quantify the contribution of local initiatives to addressing the global issue of human-induced climate change, the cumulative benefit of these efforts will be significant.

Indicative landscapes of the Burnett Mary suited to investment in landscape carbon storage, with co-benefits for increasing the resilience of the region’s biodiversity, can be identified from the online mapping tool. 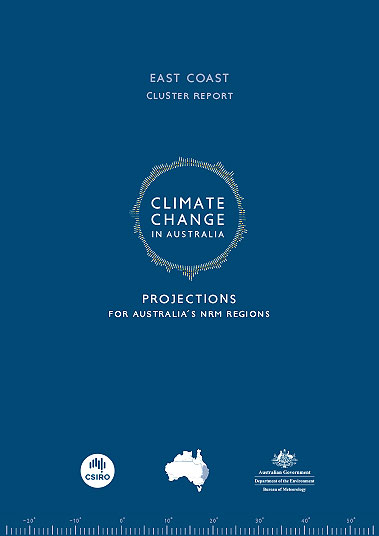 A1. The effect of air contaminant levels on the community will not exceed 2015 levels.

Fewer residents of the region, particularly those living in or adjacent to air pollution “hotspots” will be adversely affected by poor air quality.

A2. Education and extension initiatives that improve the community’s understanding of climate change causes, effects and mitigation measures are delivered.

A3. Participation in schemes that encourage bio-sequestration, using the carbon storage capacity of vegetation and soils, will exceed the 2015 baseline.

Primary producers and other land managers participate in and benefit from their involvement in initiatives that increase landscape storage of carbon.

There will be increased uptake of emissions avoidance initiatives by all sectors of the region.